Green Spot Garden Center is a complete garden center that carries a full line of annuals, perennials, roses, shrubs, and trees. We have 2 greenhouses and a nursery on-site.

Our team is friendly, knowledgeable, and dedicated to cultivating a close relationship with our community. We have been serving plant lovers and gardeners for more than 4 decades, and we are grateful to have amassed a loyal following. You can rely on us for great products and excellent service every time you visit.

We are a proud member of the Massachusetts Nursery and Landscape Association.

In the summer of 1969, Jim and Jean Keary retired from the potato farming industry in Northern Maine. They purchased a piece of property on Route 28 in South Yarmouth, MA. It became the first and current location of Green Spot Garden Center.

The garden center was built in the early 1960s. Its main structure was a uniquely designed building typical of 60s architecture. A 600 sq ft greenhouse, a potting shed, and a lathe structure were also on the property. Over the years, several additions were made to the existing building and design.

Jim and Jean retired in 1978 and passed the business on to their son, Dan, and his wife Sheila. Dan and Sheila worked diligently over the next 27 years. Together, they developed the garden center into a successful, community-oriented business.

In March 2005, Dan and Sheila sold Green Spot Garden Center to a couple, Jim and Trish Behnke. Jim had worked for Dan for many years, and Trish is Sheila's cousin, thus keeping the business "in the family.” 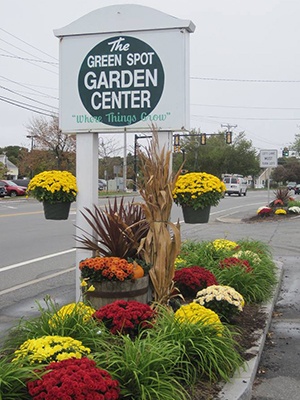 Green Spot Garden Center continues to operate, as it has for so many years, as a full-service garden center and nursery. Many members of our team have worked for both families for several years, and we expect to be around for many years to come. 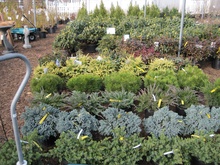 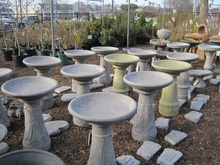 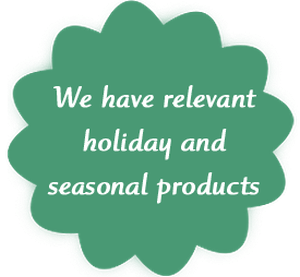 Learn more about our products and services by giving us a call at 508-398-3228.
We look forward to hearing from you.